World first at FRINGE WORLD: Fringe on the Water 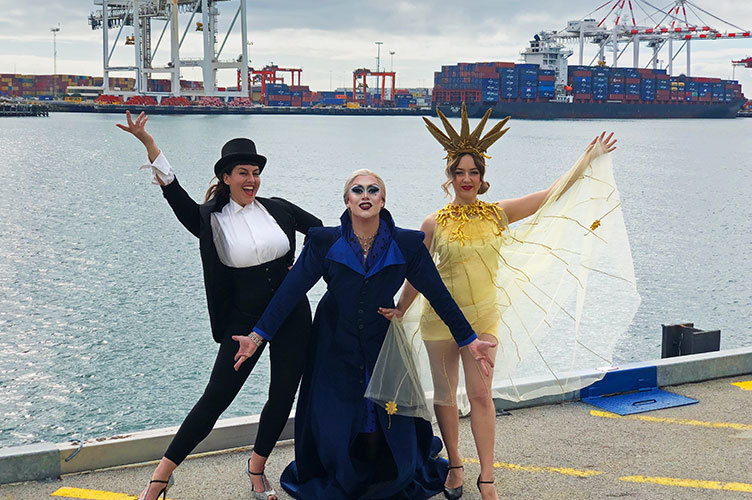 A world-first FRINGE WORLD show on a cruise ship will be a star attraction of the 2020 Festival.

As part of the 2020 FRINGE WORLD Festival and Cruise and Maritime Voyages (CMV) inaugural Australasian season, the intimate Vasco da Gama will host the Fringe on the Water program for one night only on Saturday 1 February.

Festival Director Amber Hasler said this was a unique opportunity to stay overnight in Fremantle onboard a stunning cruise ship.

“Fringe performances take place in some of the most spectacular and unusual spaces all over Perth and this world-first FRINGE WORLD show on a cruise ship will be an incredible addition to 2020 Festival program,” Ms Hasler said.

“Guests can look forward to experiencing the indulgent features of this warm, stylish ship and enjoy Fringe performances including a highlight cabaret act and talented roaming
performers.”

Tourism Minister Paul Papalia said that he was pleased that FRINGE WORLD had partnered with CMV Australia to present the wonderfully unique Fringe on the Water event.

"Hosting events is an important part of the State Government's strategy to grow visitor numbers to Western Australia, which boosts the economy and creates jobs." Mr Papalia
said.

The Fringe on the Water event will be promoted nationally by CMV Australia and will showcase FRINGE WORLD as well as drive interstate and intrastate visitation to Perth, in part supported by CMV’s marketing partnership with the West Australian State Government, through Tourism WA.

Dean Brazier, Managing Director of Cruise & Maritime Voyages Australia said that, “FRINGE WORLD Festival has become known for its captivating, unique entertainment and arts experiences with a distinctly Western Australian twist, so it was only fitting that we bring a taste of this iconic event to Cruise & Maritime Voyages’ newest ship, Vasco da Gama, when she arrives in Fremantle during her inaugural Australasian season."

“Well-equipped to offer a great choice of restaurants, bars and entertainment venues, guests booked on Vasco da Gama’s in-port festival will enjoy a taste of cruising while being treated to world-class Fringe performances.”

The Fringe on the Water event is part of the CMV In-Port Festival, currently on sale now via cmvaustralia.com with more than 35% of berths already sold out.

More information about the Fringe on the Water acts and tickets will also be available at fringeworld.com.au from October 2019.

FRINGE WORLD gratefully recognises the support of its partners including Principal Supporter Lotterywest; Government Partners The Department of Local Government, Sport and Cultural Industries and the City of Perth; and Principal Partners Woodside, Gage Roads Brewing Co and oOh! Media.

The 2020 FRINGE WORLD Festival will be held from 17 January to 16 February with the program released and tickets on sale from October at fringeworld.com.au

Want the FRINGE WORLD good news in your inbox? Sign up to our e-news to stay in the know.